Skip to content
Previous Next
Conservation and the Rights of Indigenous Peoples : UN Expert Meeting 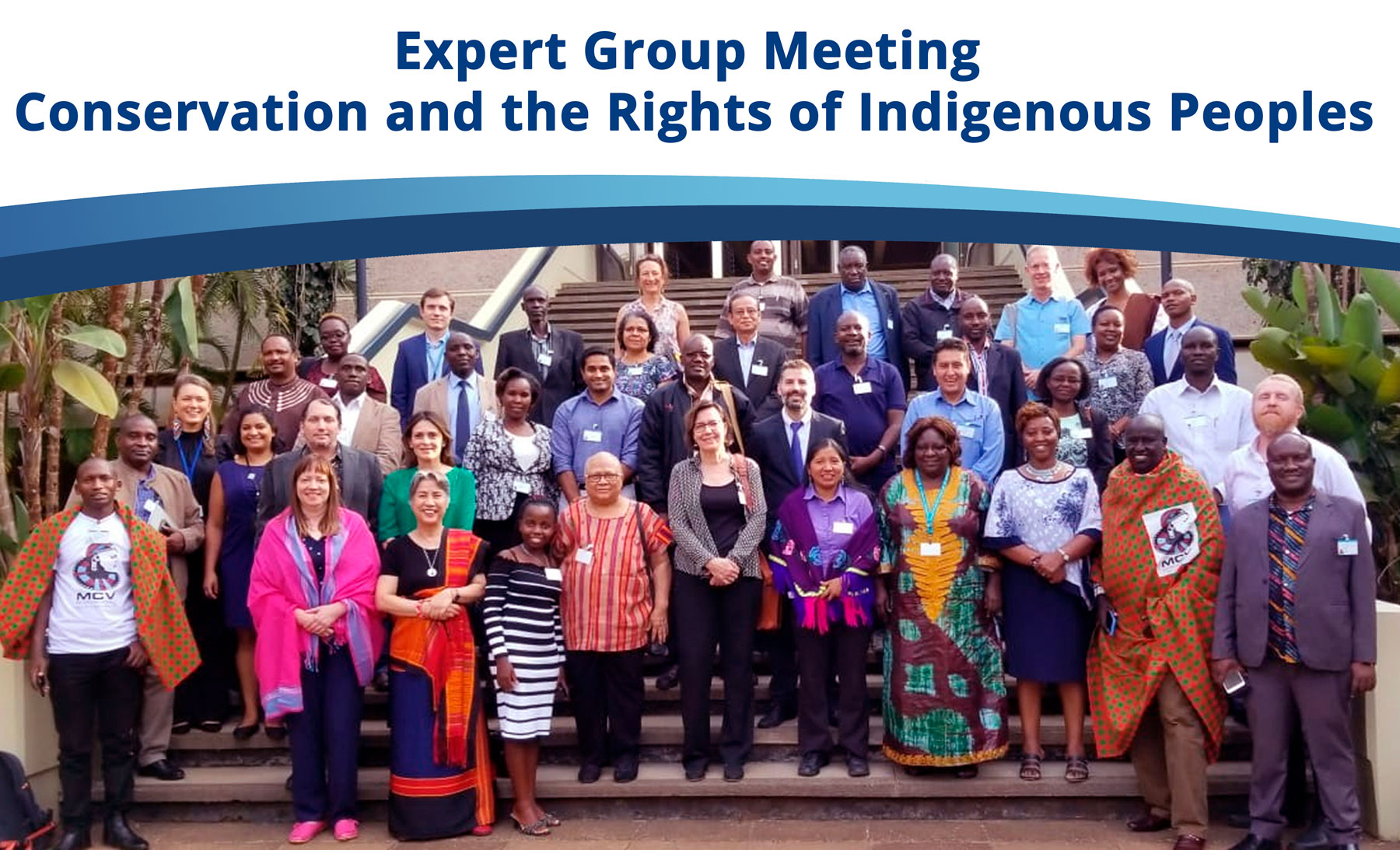 MCV attended an international expert group meeting on “Conservation and the rights of indigenous peoples” in January 2019 at the UN Headquarters in Nairobi, Kenya. As guardians of the land, indigenous people play a crucial role in conservation; however, their custodianship of the environment and their rights to their land and natural resources are often times unrecognized and violated. The Maasai battle the outcomes of destructive conservation programs that are implemented in the guise of protecting biological resources and wildlife while excluding the Maasai peoples from their territories, resulting in displacement and loss of livelihoods.

The Maasai must maintain ownership of their land and lead its development to save the local forest, the wildlife and their ancient culture and people from extinction.

MCV sent two of its members, Daniel Leturesh, MCV Community Development Liaison and Olgulului-Ololorashi Group Ranch (OOGR) Chairman, and Samson Leposo, MCV Associate Project Manager to share their direct experiences with the impact of conservation efforts in Amboseli National Park. Over the course of the three-day conference, MCV discussed what is happening in the Amboseli region around Amboseli National Park.

Sadly, the Maasai have been removed from their ancestral lands due to the premise that human activities are incompatible with conservation. This approach is referred to as ”fortress” conservation. For example, in 1974 the Maasai were removed from 39,206 hectares of their fertile land to establish Amboseli National Park which has severely interfered with their access to water sources and grazing lands. The Amboseli ecosystem has supported the Maasai people for centuries and they are an intrinsic part of the balance of the ecosystem. Despite the park boundaries, the wildlife continues to follow the Maasai and prefer to live outside of the park with the Maasai people and their livestock; nonetheless, the symbiotic balance between the Maasai, land, and wildlife, that existed for thousands of years, is breaking down.

Once the Maasai were displaced from their land and removed from their grazing lands and water sources, the suffering of the Maasai people increased. The Maasai were promised they would be given access to water, however, they have struggled for years without access to reliable water for themselves and their livestock. Despite the tourism in the area, the Maasai are seeing minimum benefits and extreme poverty caused by lack of water and grazing lands is forcing Many young Maasai to relocate to find employment for survival.

“Today we are standing on Maasai land to hold this meeting here at the UN headquarters in Nairobi. Nairobi was owned by the Maasai, yet our people and cows have been displaced. My family and community have been stripped of our land rights and displaced to Amboseli where I am now the chairman of Olgulului-Ololorashi Group Ranch (OOGR).

Who owns the wildlife? Some people say wildlife belongs to our people, or God, or the government…this is a very challenging question. What the Maasai people know is that the wildlife has been living on our land with us and our cattle since as long as we remember, before “conservation.”
~ Daniel Leturesh, MCV Community Development Liaison, and Olgulului-Ololorashi Group Ranch (OOGR) Chairman. 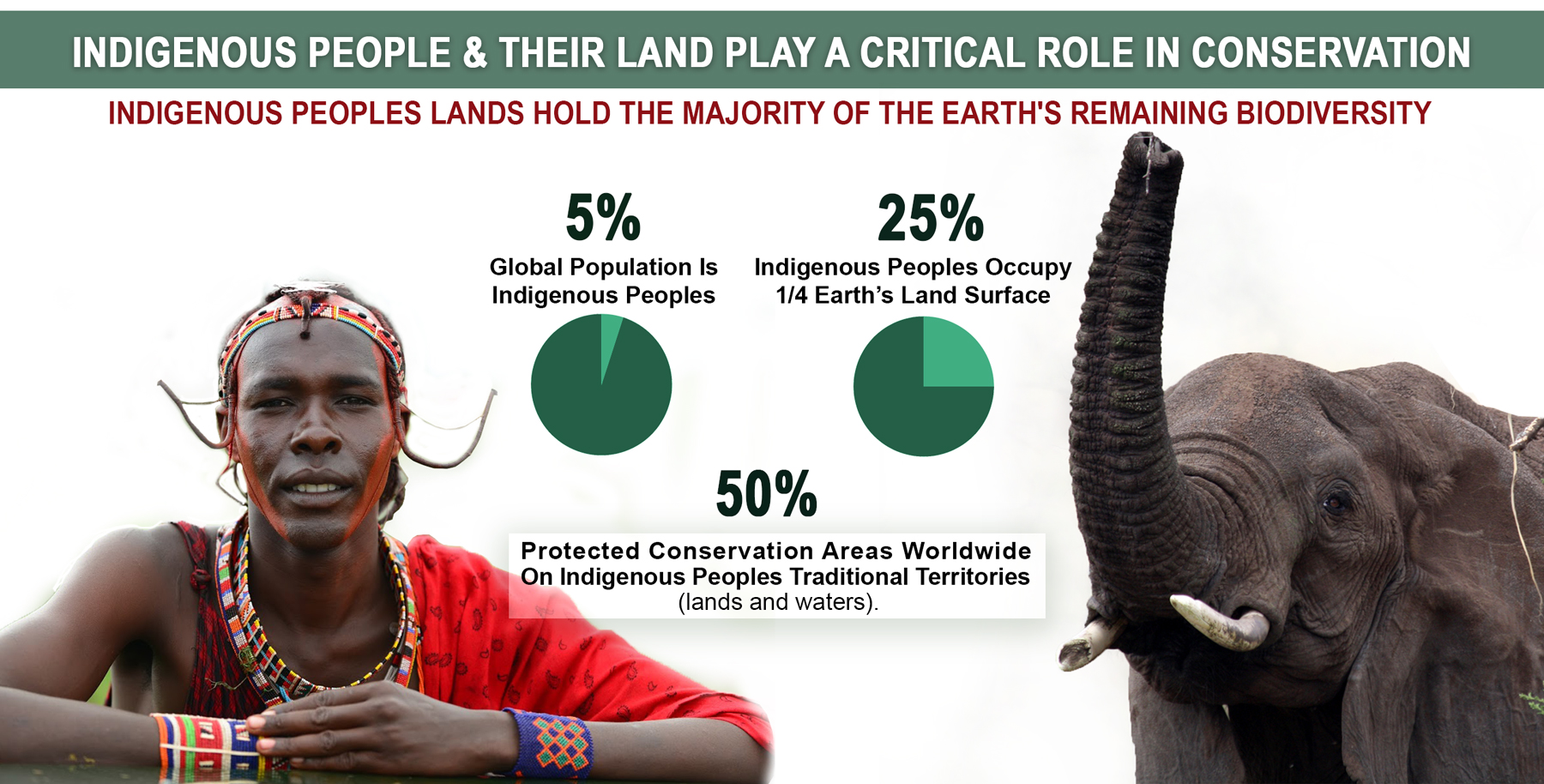 To save wildlife, we must protect Maasai land and include Maasai traditional knowledge

The Maasai and wildlife have coexisted for thousands of years. If conservationists want to save wildlife, the Maasai people’s land, pastoral livelihoods, and their ancient traditional knowledge must also be protected. Land is an essential asset to sustain wildlife and the Maasai livelihoods; it is also a fundamental spiritual element that upholds the cultural heritage and identity of the Maasai people.

MCV commends the Maasai-led conservation models that are being undertaken with the expert input of the Maasai people who have stewarded the land since ancient times. When Maasai communities are able to implement effective land use management plans based on Maasai traditional knowledge it protects the critical ecosystems and biological diversity that support the livelihoods of the Maasai people, wildlife, and Maasai culture.

We lost our grazing land for our livestock, our water sources, and the rights to our land for Amboseli National Park, and now we are suffering. It pains me to see all the youth, young morans (Maasai warriors) leaving the village to go look for work along the coast and far away cities. This displacement is destroying the Maasai society.

We have thousands of tourist visiting our land to see the wildlife, yet we don’t have any jobs or see any revenue coming into our communities and we suffer for basic resources such as clean water, adequate food and quality education for our communities. ~ Samson Leposo, MCV Associate Project Manager

The moderator, Anne Nuorgam, a Permanent Forum Expert Member brought the meeting to a common understanding of conservation and indigenous peoples and discussed how the two should relate in a manner where no one can harm the other for the gain of power and resources.

While conservation is important, to protect indigenous people and their communities, there  is a need to follow the Equity Framework for protected area conservation. 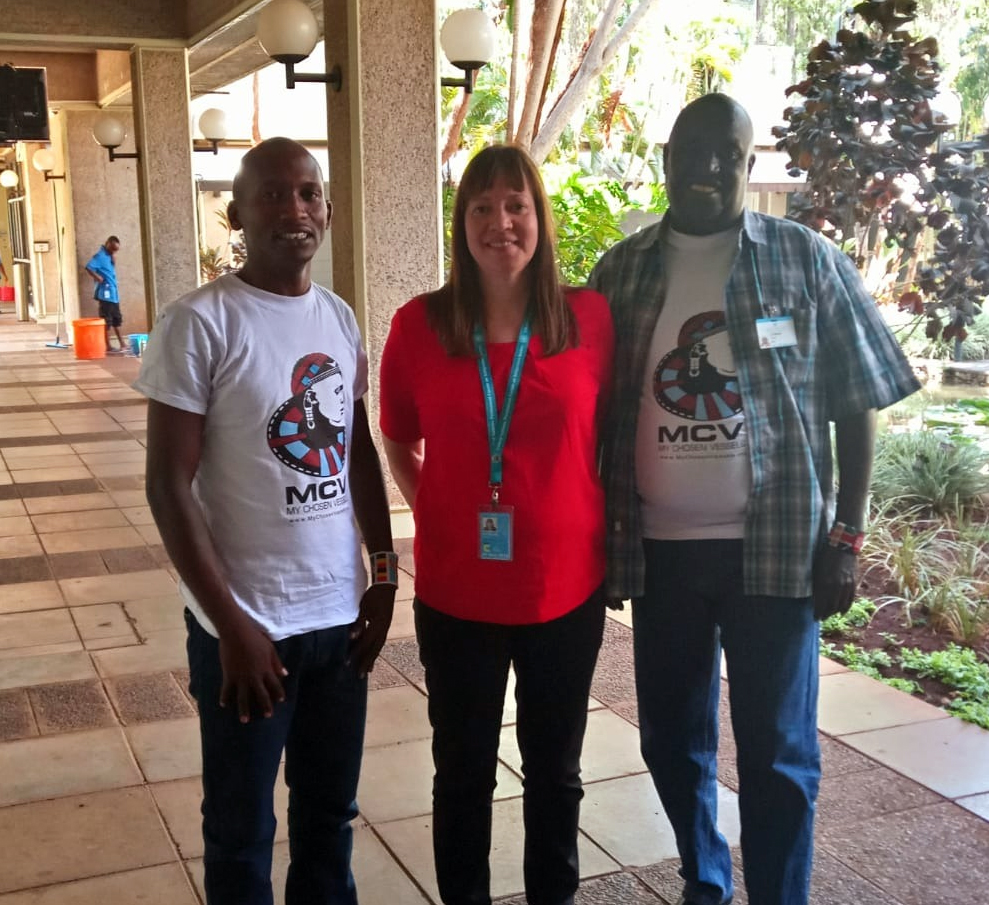 Recognition
Acknowledging and respecting the legitimacy of right interest priorities and human rights.

Procedure
This means ensuring effective participation of all actors, giving consideration to all the rights of indigenous people and local communities to free, prior and informed consent and enabling the participation of the marginalized group.

We thank the Indigenous Peoples in Development Branch within the Division of Inclusive Social Development of the Department of Economic and Social Affairs for organizing this expert group meeting. This experience not only allowed MCV to share our experiences with conservation groups, the UN, and indigenous global partners but provided a platform to educate MCV members and bring this critical knowledge back into Maasai communities that live near conservation areas and work with conservation organizations. We look forward to continuing to participate in these meetings and join with like-minded partners to empower Maasai communities with the advocacy tools needed to defend the Maasai people, land, wildlife and ancient culture from extinction.

Give To The Maasai Today!

The only way to protect the Maasai people, their heritage and wildlife is to ensure the Maasai have rights to their land. MCV is joining with like-minded NGO’s, partners and generous individuals to protect Maasai land rights. If you are interested in joining us, please email: hq@mychosenvessels.com