Who Are The Maasai?

The Maasai are one of the last remaining indigenous tribal communities in East Africa. They are semi-nomadic, living mainly in the Great Rift Valley spanning Kenya and Tanzania. The Maasai are known globally for the distinct culture. However, their traditional way of life is being threatened due to the loss of their land rights, limited access to clean water, and basic resources needed for survival.

The Maasai culture is rapidly changing as they are forced to adapt to new lifestyles for survival. The cultural leaders are striving to safeguard their traditions and pass down their traditional knowledge to the next generations as they are faced with modern challenges. The Maasai chiefs are seeking support in preserving their threatened heritage.

The Maasai people have a broad knowledge of how to live sustainably and best practice strategies for managing natural resources, protecting wildlife and reversing climate change.

Preserving Maasai traditional knowledge is not only important in its own right, but is also important for the benefits it brings to other people around the world who can learn lessons for living sustainably. 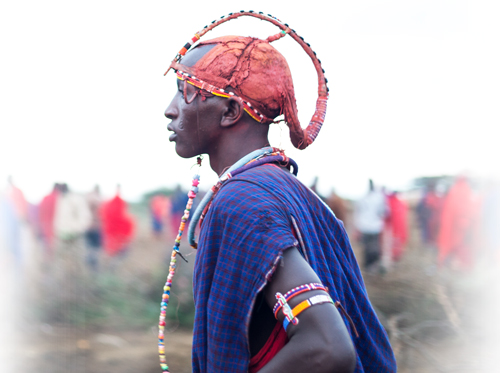 To assist the Maasai people in preserving and sharing their threatened cultural heritage, seven years ago MCV established the Maasai Cultural Conservation Program (MCCP).  While movies, books, and articles about the Maasai have been released by outsiders, the Maasai have had little opportunity to tell their own story to the world. To build and preserve authentic versions of the Maasai culture, MCV’s MCCP is led by 15 traditional Kenyan and Tanzanian Maasai chiefs and is supported by Maasai staff and volunteers.

MCV is establishing the following: